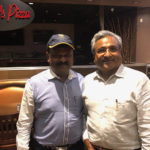 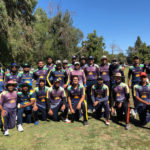 The 2019 Season schedule was announced. 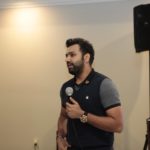 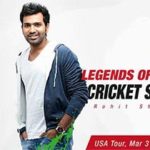 The 2018 Season schedule was announced.

HOLLYWOOD CRICKET CLUB — 70 AND STILL AT THE WICKET

It is a little known fact of cricket that the first International game was played not in England, not in Australia but in America. This took place more than 150 years ago In a country where cricket is not considered a prime sport, it is not only incredible but also creditable that one cricket club has been in existence for over 70 years. Hollywood CC is not only amongst the oldest cricket clubs in America but also the most popular one.

When Sir C Aubrey Smith, the founder of the club put his signature to the club’s By Laws on February 18th 1932, one would have hardly imagined that the club would go past 70 years. Despite the fact that most of the current members joined the club when it had already crossed the half century mark, the membership has continued to sustain the tradition and the rich heritage that are part of this club’s history.

Hollywood Cricket Club has been instrumental in contributing richly to the development of cricket in America. The initial grounds where cricket was played were named after Sir Aubrey –a tribute to his contribution to the game. During the years, the club has supported the cause of the game in many ways. It has also been a pad for many visiting cricketers from various countries, who have donned flannels for this club. The club can boast of a fine membership roster over the years. Till today one can say that it has had members from 11 out of 12 test playing countries of the world, with the exclusion of Kenya.

The club has been very successful at winning trophies as well. It has also produced many talented cricketers over the years. In the past decade one such cricketer who deserves special mention is Ronnie Iranpur. Ronnie’s contribution to the club has been enormous and he has been the highest run getter in all of California in the past decade. Also he was the last dreaded match winner in Southern California cricket. Mention also needs to be made of Nick Taylor of Yorkshire and Somerset, who was the most successful skipper of the club in the past 10 years. In 1994 under his strong leadership, HCC bagged 3 out of 4 trophies in the league.

Yet the significant contribution comes from ALL members of the Executive Committee. These gentlemen have provided the stage for many cricketers to display their skills. Their hard work and generosity has paved the way for the club to achieve its targets and goals. Thanks are also due to John Hayward, a Life Member with 36 years of affiliation to the club. John brings to the club his writing skills and knowledge of the club’s history. No wonder therefore that he has edited the previous publication 60 NOT OUT and is the editor of this 70th year souvenir as well. Many thanks are due to Paresh Bhakta, a member, who despite not being part of the Executive Committee nor a regular playing member has made it possible to publish this book, which is a proud product of our club’s archives.

This 70-year celebration is a precursor to our 75th anniversary to come in February of 2007, However, the way in which the club has been progressing, Ladbrokes may post shorter odds on Hollywood CC making a hundred. A cricket club is like a relay race. When you have Carl Lewis quickly out of the blocks and Michael Johnson to run the last leg you are talking of a Dream Team. Hollywood Cricket Club with its glossy past, a glowing present and a great future deserves its place in the sun in sunny California cricket.

Wish you all “Carpe Diem”